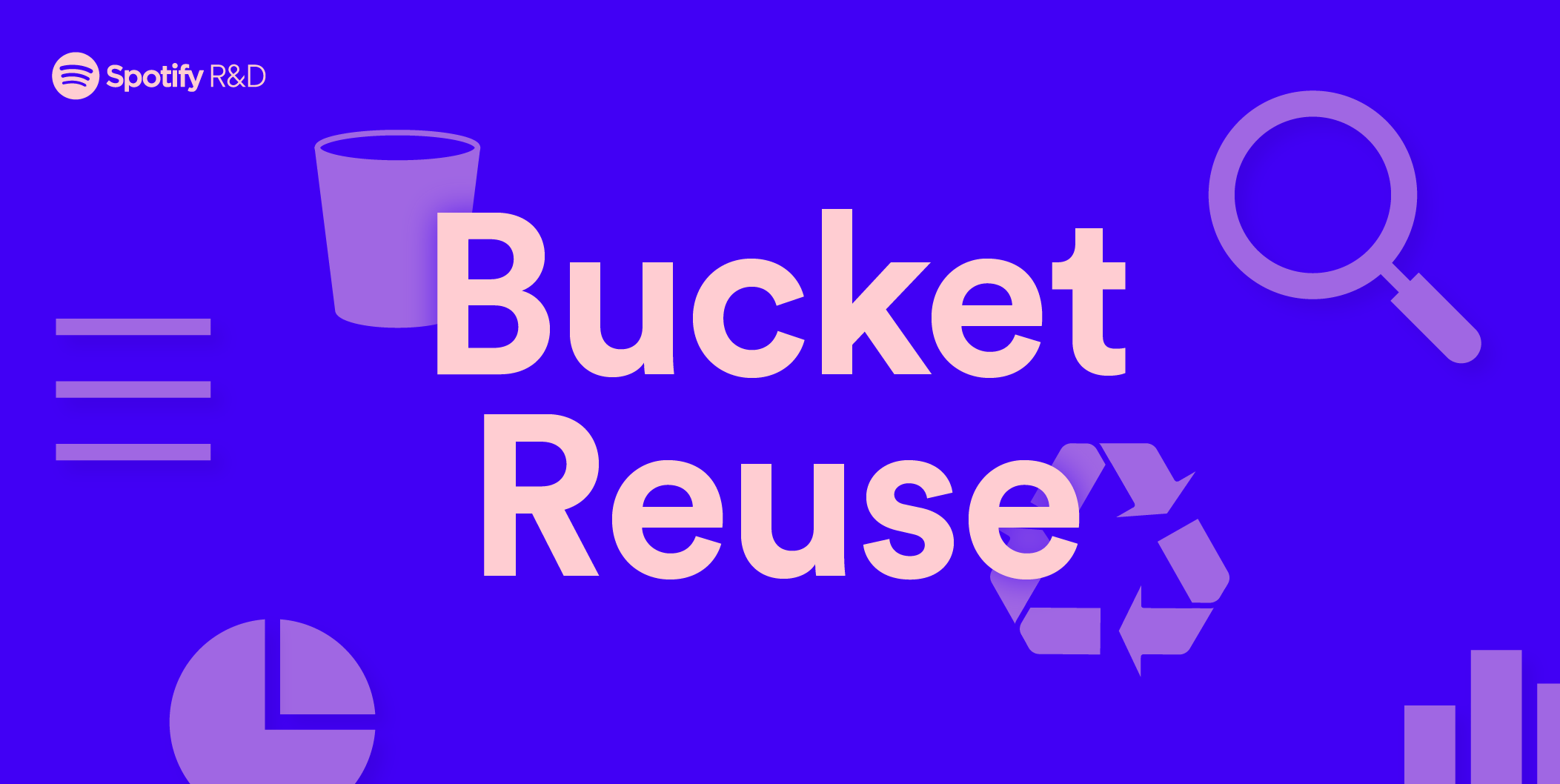 At Spotify we run hundreds of experiments at any given time. Coordinating these experiments, i.e., making sure the right user is receiving the right “treatment” with a population of hundreds of millions of users, poses technical challenges. Adding to the complexity, some of these experiments must be coordinated in the sense that the same user cannot be in two experiments at the same time. These are well-known problems among tech companies — take, for example, Google’s solution in Tang et al (2010). But the statistical implications of different solutions have not been properly investigated. In a recent paper (M. Schultzberg, O. Kjellin, and J. Rydberg, 2020), we investigate important statistical properties of a common technical solution to the coordination — called “Bucket Reuse”. In this blog post we highlight some interesting results and present some details about how Spotify will coordinate experiments from now on.

What is Bucket Reuse?

Bucket Reuse is a simple idea utilizing the power of hashing. Essentially the steps are as follows: decide on a number of buckets (B). Take the unique user ID and hash it together with a  random salt into B “buckets” such that all users hash into one and only one bucket. Once the hash map is established, all sampling is performed on the bucket level. This implies that a bucket either is or is not in a sample at any given time point. If we want to sample N number of users, we sample the number of buckets that contain the number of users closest to the desired number N. If, e.g., the desired N is 20 and each bucket contains 3 users, we would sample 7 buckets and end up with 21 users. Note that a bucket is simply a logical group of units to which we assign a certain user by a fixed hash map. Figure 1 illustrates such a map. The second part of the name Bucket Reuse comes from the fact that we reuse the same buckets over and over again in the sampling for all experiments. That is, the random salt for the hashing is selected only once; after that, the hash map and the number of buckets is fixed. Importantly, when we talk about Bucket Reuse for experimentation, we always mean the following: the random sampling is performed on the bucket level; the random treatment allocation is performed at the user level on the users in the sample.

What is experiment coordination?

We have migrated our experimentation platform to using Bucket Reuse for all experiments at Spotify. There are a few key reasons why we prefer Bucket Reuse over other solutions:

At Spotify we have chosen Bucket Reuse with 1M (1,000,000) buckets to coordinate all experiments. That is, all users are hashed into 1M buckets, and these buckets are used for all experiments in all experimentation programs, exclusive and nonexclusive. Although Schultzberg et al. establishes that smaller numbers of buckets can have statistical properties enabling straight forward inference, it should be clear that the larger the number of buckets, the better. Even though the inference for the average treatment effect is unaffected by the bucket sampling, it is well known that the effect of cluster sampling on other estimands decreases when the number of buckets increases (Kumar Pradhan). That is, imposing a bucket structure is not preferred from a statistical perspective, but it is a technical necessity. The choice of 1M buckets was made because it is close to the largest number of buckets we can have while still keeping the selected buckets within an executable script stored in a database without having to resort to BLOB storage.

We are not planning to have any full stops or to reshuffle users into new buckets. However, there are naturally occurring periods of low experimentation that will help decrease the dependency between the samples in programs of exclusive experiments. For example, many programs run fewer general product experiments over the winter holidays due to unusual listening behaviors. These natural pauses effectively reset the programs in terms of dependencies.

To help experimenters running programs of exclusive experiments, we are implementing a few tools to keep track of the short-term dependencies. For each program, we will estimate the length of the history that can bias the results. Moreover, we are also implementing a tool to see the history of the available buckets at any time point. Figure 4 displays a prototype of this tool. It allows experimenters to evaluate if the experiments that the available user came out of are likely to bias the estimator in their experiment. It also provides information about the size of the overlap with previous experiments.

Statistical validity, derived from proper random sampling and random treatment allocation, is the cornerstone of a successful experimentation program. However, implementing systems that can serve hundreds of experiments to hundreds of millions users — while retaining the ability to conveniently coordinate experiments to be exclusive, without overlap — requires compromises between technical feasibility and statistical properties. At Spotify, we have migrated the internal experimentation platform to rely fully on bucket reuse, a technically desirable solution that provides speed, simplicity, and flexibility. In this post we establish the statistical properties under bucket reuse and conclude that the validity is unaffected. This migration enables more experiments of higher quality at Spotify.

From Development to Real Users: How to Create a Web Performance Story