We did a couple of new things in Wrapped this year, and one of these is a thing called Your Listening Personality. You got one. There are 16 of them, in total:

It’s not a lottery or a horoscope, though. As the four-letter codes at the bottom of each one hint, each Listening Personality is actually a combination of four binary attributes that each try to measure and describe one aspect of how you listen to music, independent of what music you like. Four combinations of two make 16 unique codes.

Here’s what each attribute means:

This one measures how much of your listening is spent playing your favorite artists, vs discovering artists you don’t know. Technically we have a score called “affinity” that measures your apparent dedication to each artist you play, and the F/E score is the sum of the inverses of these affinity scores. So if you only ever listened to one artist on permanent repeat, that would produce the maximum possible Familiarity score, and if you spent every waking moment playing music but never played any single artist more than once, that would produce the maximum possible Exploration score.

This one measures how much of your listening is spent playing new or old music. The newer a new song is when you play it, the more it nudges you toward Newness. Every song you play that isn’t new nudges the other way, toward Timelessness. If you spent every week listening to only that week’s new releases (like, for example, you were me), that would produce the maximum possible Newness score. If you studiously manage to listen to a lot of music without ever playing anything new, that would produce the maximum possible Timelessness score. Both ways are fine. The past is effectively just as infinite as the future at this point.

This one measures how much of your listening is spent playing the same songs or different ones. If you played just one song on repeat all the time, that would produce the maximum possible Loyalty score. At least with streaming you can’t wear out the bytes. If you had music going constantly but never played any song more than once, that would produce the maximum possible Variety score. (If you want to try this, I maintain a playlist that automatically updates every day with 1,000 songs chosen randomly from the whole Spotify catalog: here.)

Each of these four measures is then normalized across the Spotify listening population. So if your listening leans further toward Familiarity than half of the other listeners on Spotify, you get an F as your first letter, and if it leans further towards Exploration, you get an E. Likewise for the other three. The four letters are each calibrated individually, but the 16 combinations are then allowed to appear in whatever proportions occur naturally. If you’re the sort of person who looks forward to Wrapped all year, that might be because you listen broadly and want to show off that breadth, or it could be because you followed your favorite artists obsessively and want to see how much you contributed to their year. And if you listen to playlists and radio, you still choose which playlists and radio, so you always have a way you listen, no matter what inputs or influences inform it.

And although we’ve presented this to you as Your Listening Personality, as if it’s a thing about you like your heart rate or your vocal range, of course it’s only a description of how you’ve been listening, recently, on Spotify. Your listening can change. If your Listening Personality doesn’t match how you think of yourself, maybe it will help you think about how you spend your listening time. Maybe you’d like to explore more, or less. Maybe you got out of the habit of listening to new music without meaning to. Maybe it’s time to find out what the kids are listening to, or to go back and play the records your parents loved, or to find out what the artists on the Top Hits playlist actually sound like.

Or not. It’s not a contest. You can’t lose. There’s no wrong way to listen to music, and these are 16 of the right ways.

How Spotify Optimized the Largest Dataflow Job Ever for Wrapped 2020 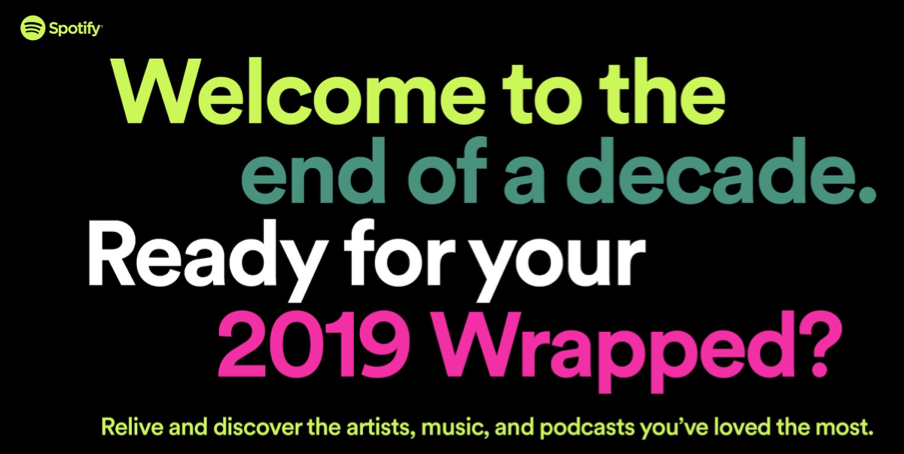 Spotify Unwrapped: How we brought you a decade of data